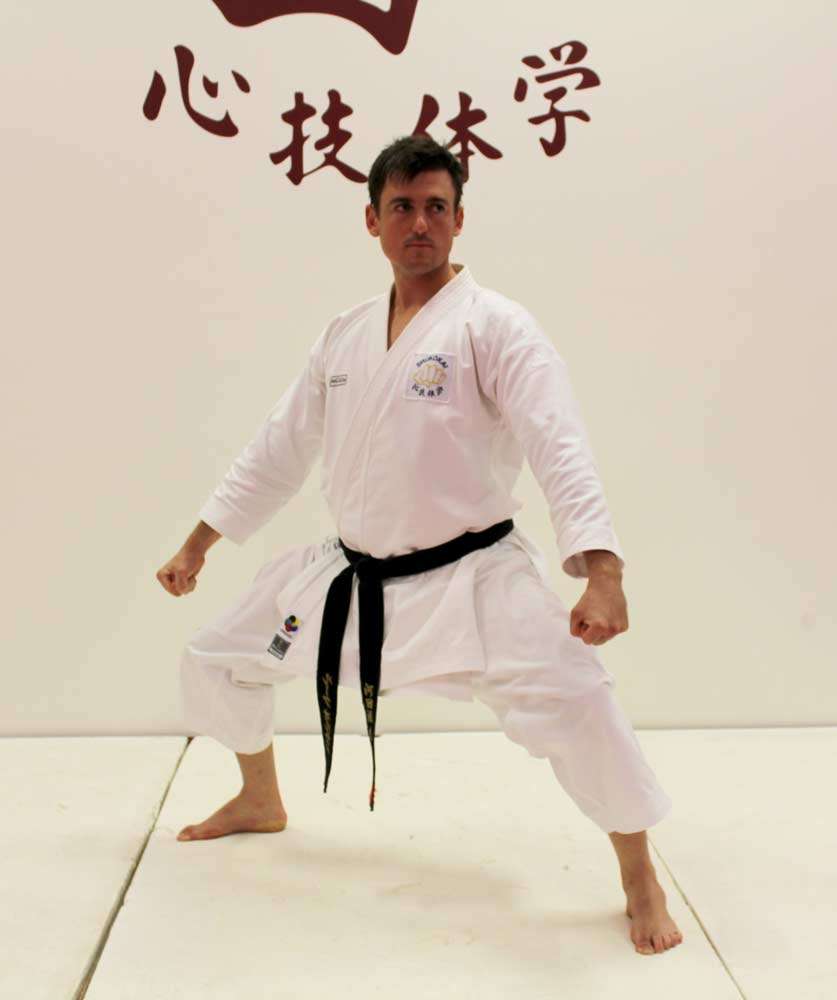 The first time I tried karate I was 4 years old, I always wanted to be a black belt like my dad sensei Darren Olsen, but when I got to the door of the class and the rest of the class looked back at me, I started to cry and wouldn’t go in. It wasn’t till 1997 when I was 9 that my mum told me it was about time to give it another go.

Sunshine dojo was located sunshine station at the time, and when I started my training there my dad had me train under his other instructors at first, Senseis Frank, Franka and Claudio.

I have always trained at Sunshine Dojo under my father Sensei Darren Olsen, but he has always encouraged me to train under others to further my learning.

Wasn’t long before Sensei Darren had me training with his instructor Sensei Paul Mitchell, he even sent me to Sensei Pauls Dojo in Croydon every Friday to train for 2 years

I then trained with the AKF Victorian and National team where I was exposed to a lot of great instructors, people like the late Allen Murdoc. It was though the AKF National team I got my first taste at training with a world champion, Junior Levfer

I have trained with: